Alexeyevka is situated on the banks of the Tikhaya Sosna River. It was based in 1685 as the settlement Alexeyevka. This settlement was called by the name of the first owner – Prince Aleksey Cherkasskiy.

Earlier Alexeyevka was known for the extensive crops of sunflowers. In 1829 the serf of the count Sheremetev Daniel Bokarev received oil from sunflower seeds for the first time.

Nowadays Alexeyevka is an industrial town. We have many factories, which produce sugar, milk, oil and many else.

There are many sights in my town such as the monument to Bokarev and the monuments in honor of the Victory in Great Patriotic War II. You can enjoy the beauty of our central park and fountains. If you are interested in history the Local Museum invites you.

I think that our town is a place where every one can develop his skills. There is an Art School, different sport clubs, circus studio, dancing school “Vdokhnoveniye” is known not only in our region but even abroad.

As for me, I join the Sunday school for children. It is organized in the church of the Holy Trinity. There for I want to invite you to make a virtual excursion of our town churches. 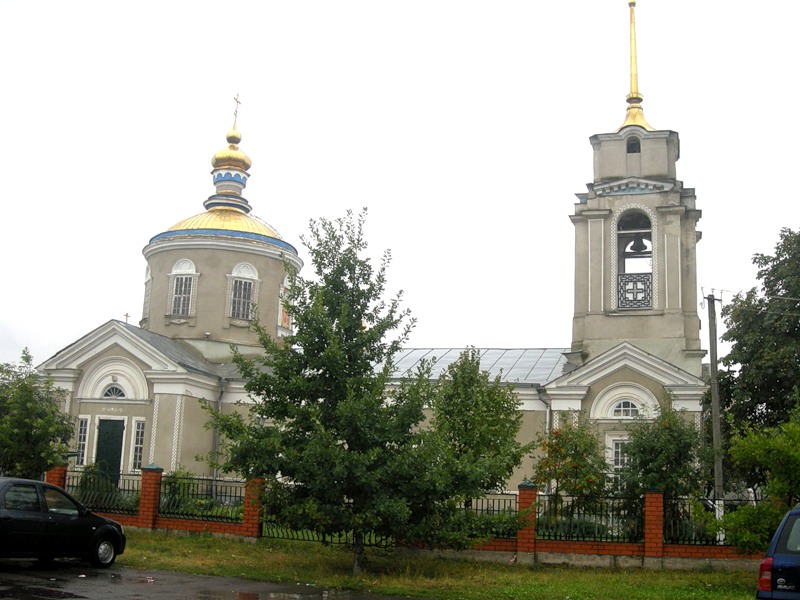 On this photo you see the Church in honor of St.Dmitriy of Rostov. It is a beautiful stone-built church. The Demetrius Church was built in a settlement of Nickolaevka (the second name – Dmitriyevka) in 1813. It has a chapel in honor of the icon of Kazan Mother of God.

In 1930s the Church was closed. They placed a warehouse there. The

Demetrius Church was reopened during the Great Patriotic War II.

In 1997 the church’s crosses and domes were gold-plated. The temple is taken under the state protection as a monument of architecture. 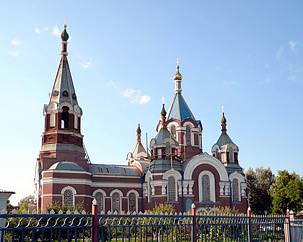 The next point of our excursion is the Church in honor of St. Alexander Nevskiy.

It is interesting to know that originally there was no church on this place. In 1820 there was a cemetery not far from the place where the temple is situated now. The construction of the church lasted for nine years. They began to raise the building on the territory of the cemetery in 1869. The temple was built in honor of St. Alexander Nevskiy. In 1888 the bishop of Voronezh and Zadonsk Benjamin consecrated. The temple is also taken under the state protection. 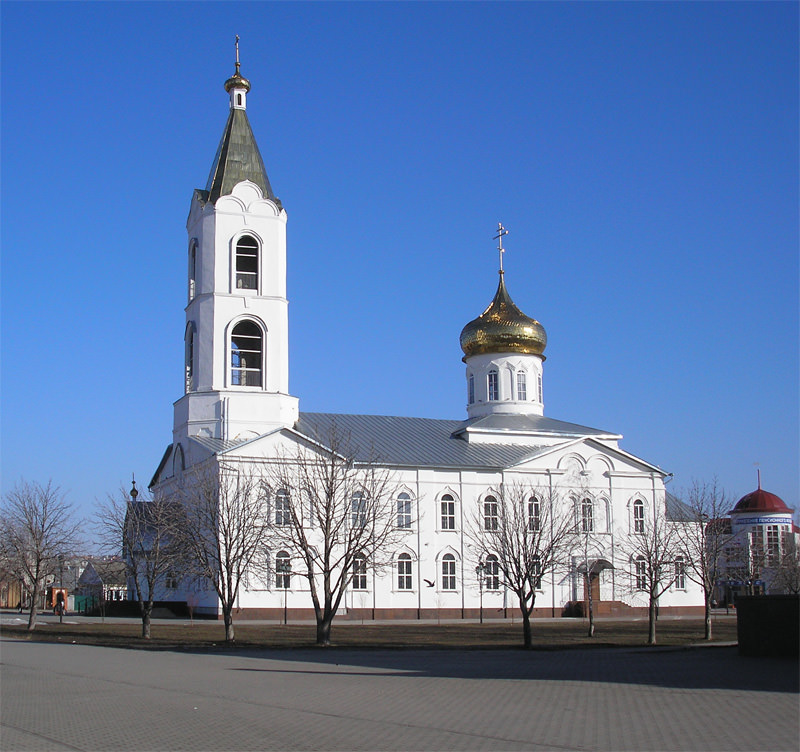 And the last stop of our tour is the church of the Holy Trinity. The stone Trinity temple was built in 1808. As you see this church is the oldest one in our town.

The temple was closed and reopened some times. In 1932 the church was closed. Seven years later they decided to reopen the temple. As the Church in honor of St.Dmitriy of Rostov the building has been used as a warehouse since 1959. Later, during ten years (1982-1992) the House of Pioneers was located in this building.

In 1992 the building was transferred to the believers again. The renovated temple was consecrated by Archbishop of Belgorod and Stariy Oscol in 2007.

I think my native town is worth to visit.